Our cunning plan was to paddle to Kangaroo Island for the weekend and explore the camping and photo options on the Chapman River. This would mean a crossing of the notorious Backstairs Passage which I had done countless times, but for Steve it would be his first trip. However, it seems that Euros the god of the South East wind was looking over our shoulder again and our plan would be “gone with the wind”.

After our windy experiences on a recent trip we activated Plan B. Instead of an 18km crossing each way we decided on a 77km down wind paddle from Cape Jervis to Steves’ home beach of Christies Beach, Adelaide.

Steve all packed and ready to go

With the wind around 20-25kn in Backstairs Passage we could hardly make out features on the island. 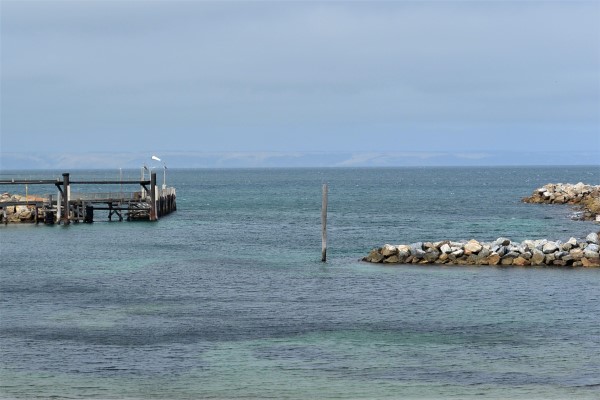 We were able to sneak out around the marina into Gulf St Vincent hugging the coast where the effects of the wind were greatly reduced, but still enough to give us a wet ride. We planned to keep in close to the cliffs as the SE wind would sheer over the top of the cliffs giving us calm water at the cliff base. 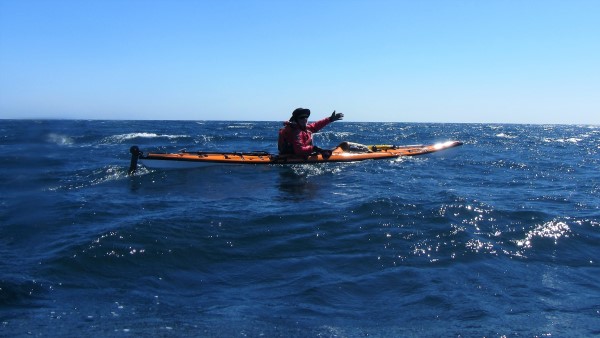 It’s this way along the coast 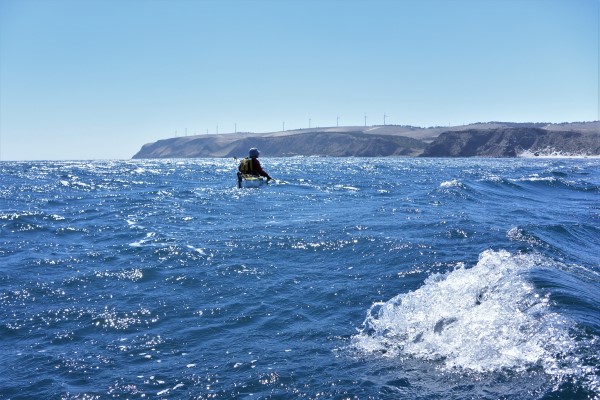 All set for a wet ride home

We negotiated the first couple of kilometers past Morgans beach and Starfish Hill until we reached the base of the cliff line. We were then able to hug in close out of the wind and enjoy the scenery towering over us as well as the seabed in crystal clear water.

I was able to get in a little kayak sailing practice with a fully laden boat, something I haven’t done for a while. I’m not sure Steve really appreciated me zig zagging around him, giving him a quick history and geography lesson as I passed, but it did allow for a couple of photos.

I never tire of this stunning coastline with its cliff plunging straight into the clear water or the small caves and fissures that abound as well as the wildlife that plays here. 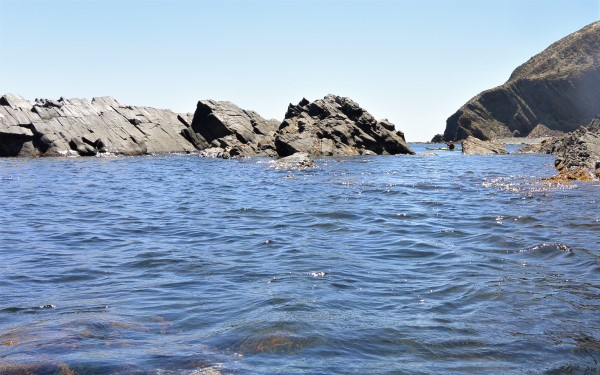 Steve was always among the rocks 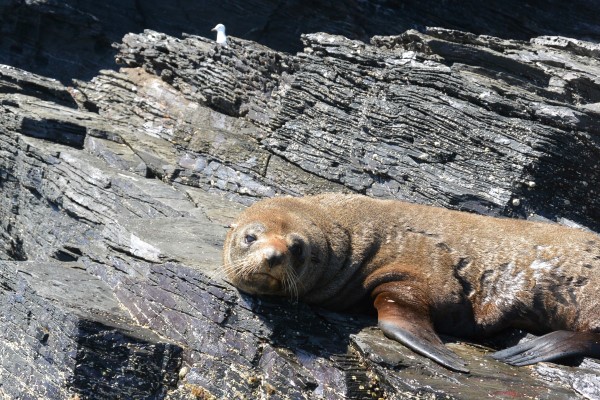 Sea lions played around us

Our destination was Normanville where we camped at the local Caravan Park. A nice place to spend the night and there is even a small cafe operating by the jetty.

Next morning the forecast was again winds 20kn SE strengthening to 25-30kn during the day. We launched in the calmer Normanville bay with Steve telling me that having a kayak sail was definitely not “playing fair”.

We took advantage of the slightly calmer conditions inshore until we reached the cliffs at Carrickalinga where we again hugged the cliff base. 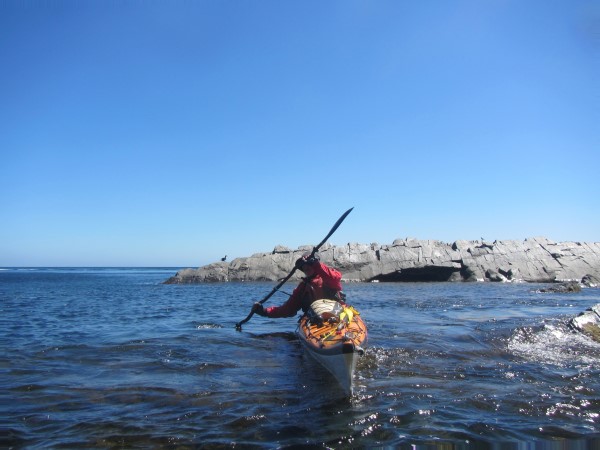 Lolling around in a protected inlet

Again we were treated to clear water and high cliffs as we slowed to investigate many rocky inlets.

Lots of small caves and fissures along the way 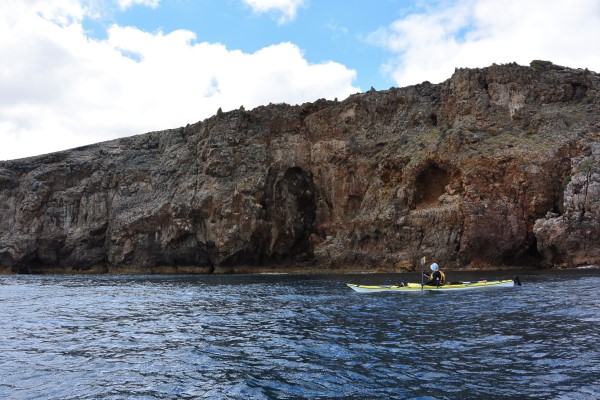 Calm water in the cove

As we reached the bluff before Myponga Beach we swung to seaward plotting a course across several kilometers of open water that would see us land at Christies Beach, where we had arranged a pick up. I’m afraid I didn’t have the opportunity to take photos as I was too busy controlling the kayak under sail. I was able to catch waves and often saw the GPS clock 16km/ hr, before being buried into the wave in front.

As the wind increased I had to drop the sail partly because it was getting a little hairy, but mostly because I was  unable to stay in contact with Steve. From there on it was a large wind driven following sea that gave us lots of fun as it sped us towards home.

We had paddled and sailed some amazing coastline covering 77km in 2 days with an average speed of 7km/hr which included lots of time playing along the way. Steves’ first crossing to Kangaroo Island will have to wait until another day.

11 thoughts on “Gone with the wind”