The spring weather has come at last and we seized a few days away to do some day paddles along the coast of Yorke Peninsula. The usual suspects were rounded up and we met at Edithburgh, a town that we have visited before. Our previous trip are here  and here

Edithburgh was a busy port in the past but now it’s more a place for relaxation and fishing from the jetty.

Over dinner, talk somehow touched on the question of “what food would you take to a deserted island”. Everyone came up with their ideas and the nearest deserted island was easily located a cruisey 9km offshore.

Next morning we set off to our picnic on deserted Troubridge Island, a low sandy island and lighthouse. 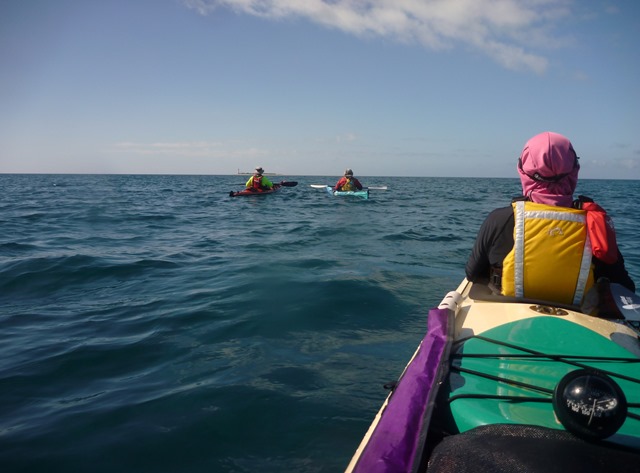 Our arrival was greeted by a number of black swans gliding in the shallows.

The shallow waters surrounding the sandy island were crystal clear and we could see crabs scurrying about.

Michael decided to investigate the shallows 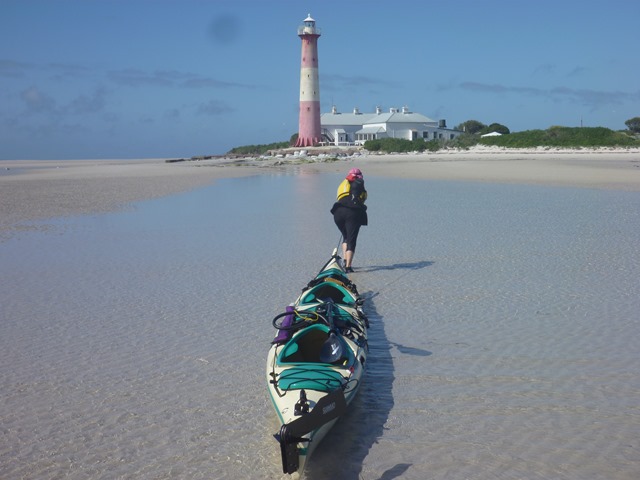 The low tide and recent storms have uncovered some of the old wharf.

The kayaks were stranded on the sandbar as the tide ebbed away.

Our picnic lunch was had in bright sunshine sitting on the base of the lighthouse, waiting for the flood tide to lift our kayaks off the sandbar.

As is the custom we always enjoy the food and  wine of south Australia, this time choosing a superb bottle of Etruscan from Koltz Wines at Blewett Springs. We decided the wine wouldn’t travel well in the hatch of a hot kayak, so we decanted it ready for the nights’ barbecue.  (the bottle in the photo was a nice touch !!)  See our wine review at the bottom of the page.

and landing on deserted beaches 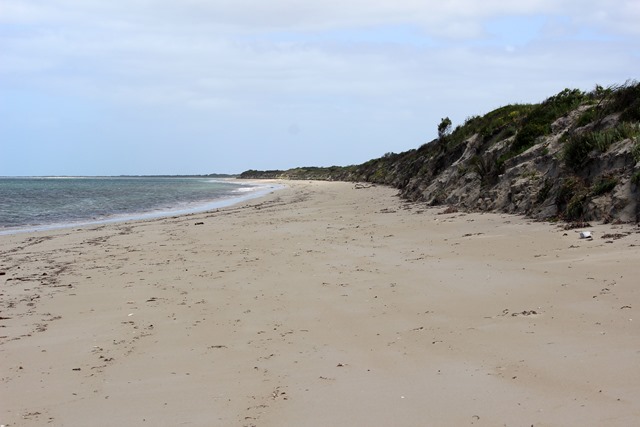 Our Wine of the Week

2011 Koltz Etruscan     $25 per bottle.
Chosen by Ian after recently catching up with winemaker Mark Day and visiting the winery.  This wine is a  distinctive blending of varieties that we were eager to sample. Check out the winery here

The 2011 Etruscan is 80% Sangiovese , 10% Sagrantino and 10% Shiraz, grown in vineyards  in Blewitt Springs and  McLaren Vale. It is fermented in 1 tonne open fermenters and the majority of the wine undergoes extended maceration for up to 35 days. Then basket pressed and transferred to French oak barrels.

The Etruscan smells of red berry fruits and the Sangiovese is dominant on the palate. A great wine to drink with food and highly recommended by our tasters. – ” definitely value for money against many other wines of the region”