It’s been a windy Spring this year with cooler temperatures restricting our paddling activities to local day paddles. Certainly some nice paddles along the local coast with bumpy conditions and often a following sea to make it more fun, but nothing interesting enough for a story.

With the need to get our feet wet and some sand between our toes we joined up with Malcolm and Annie for an exciting trip around the west coast of South Australia.

We started by dipping our toes in the Southern Ocean on a nice 41° C November day, so that took care of the wet feet part.

And now for the sand between the toes.

Luckily for us Malcolm and Annie are experienced “bush travellers” and were going to take us across the Googs Track which runs roughly 220 kilometers of 4wd track traversing part of the Yellabinna Conservation Park. It runs north south from the dingo proof fence north of Lone Oak, 40 km north of Ceduna, to Tarcoola on the East-West railway line traversing over 363 sand dunes.  The idea was to follow the track to the railway line, then east to Tarcoola, look around the mainly deserted town and then head for the thriving metropolis of Glendambo for fuel. Mal and Annie would have enough diesel to get through but our petrol Toyota Prado would need to carry extra jerry cans.

Malcolm and Annie also carried most of the heavier rescue equipment that we would probably need to get the Prado up and over the dunes.

This is desert country, dominated by scrub and hot sand dunes, so it quite unusual to arrive at the top of the first sand dune in light rain.

It wasn’t long before the sand claimed its first victim with us bogged on the crest of a dune. There had been strong winds recently and deep sand drifts had formed on the crests. Out with the shovel and recovery gear for the first time. 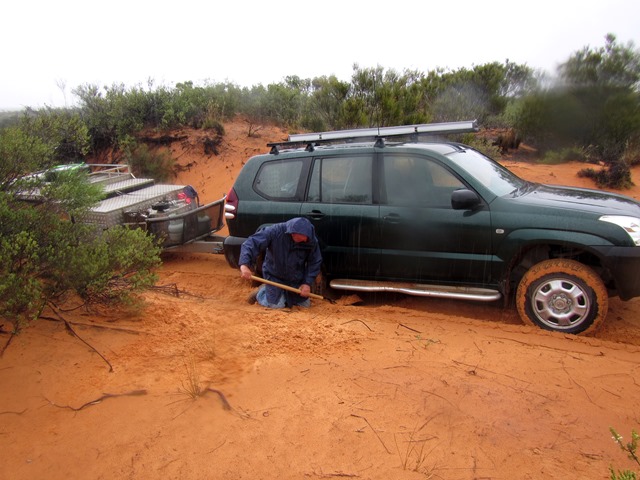 We soon got into the rhythm of the day, following Mal and Annie up and over the dunes, admiring the view from the crests.

Googs Track across the dunes was completed in 1976 and you can see the history of the track here.  The memorial to track builders Goog and Dinger was an unusual place with tributes left around the plaque.

We followed the custom by wedging a coin into the money tree at the memorial.

Not everything is sand and scrub and although we were not in prime time for wildflowers there was plenty of colour along the way.

It was great viewing at the top of each dune giving us an idea of what was to come. Sand Dunes for as far as you could see in all directions.

We camped on the banks of Googs Lake, normally a dry salt pan but now rapidly filling with a few centimetres of water from the rain. 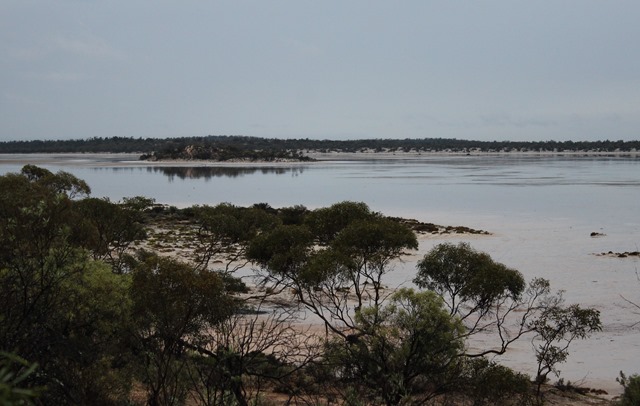 We awoke the next morning to find evidence of Dingos nearby. 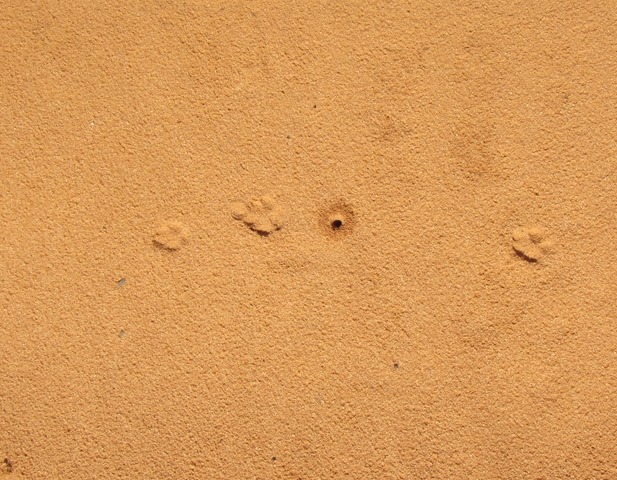 We continued on over the dunes with the normal daily activities.

At least we provided some entertainment for the Sand Goannas and other lizards, whilst a Hawk continued his lunch nearby. 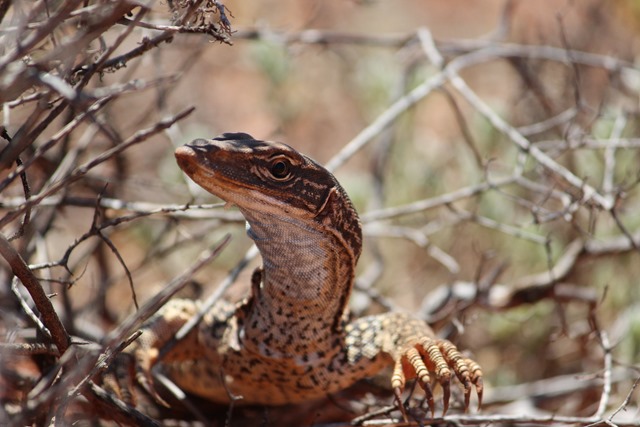 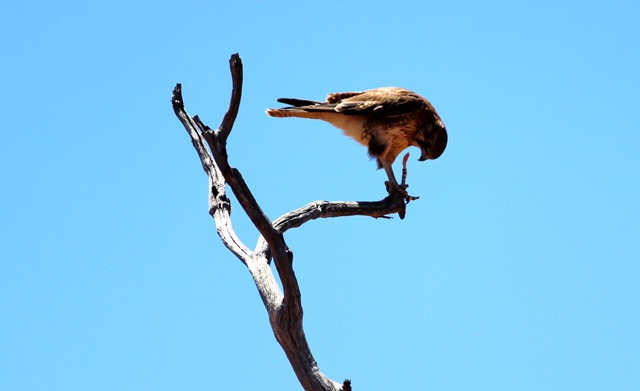 Onwards towards Mt Finke looming in the distance……

and the last light of the day celebrated with a cold beer. 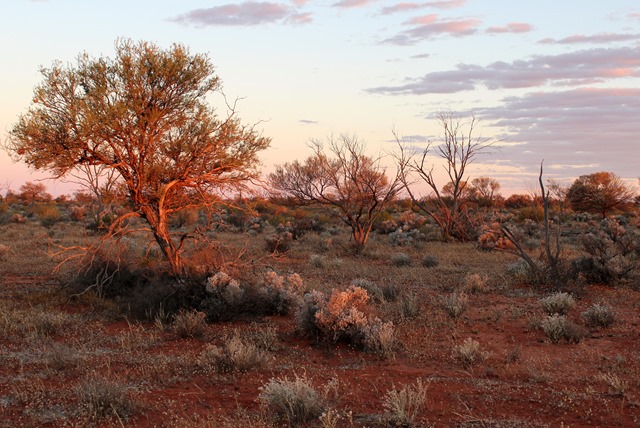 We detoured to visit Mt Finke and camped at Finke Lake claypan.

Next day the track was less sand dunes and a lot more meandering through the scrub and in the afternoon we reached the Transcontinental Railway line. 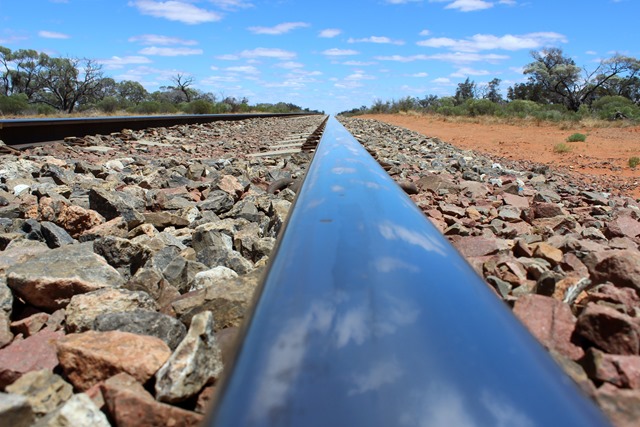 We travelled to the “almost” ghost town of Tarcoola and did a little fossicking around the old buildings and mine site.

Amongst other thinks Malcolm found the remnants of a 47-year-old newspaper blown against one of the buildings.

Next day found us in Kingoonya and we just had to stop for a lunch time beer on the hotel verandah. There seems to be only 2 inhabited houses and the hotel left in the town.

The petrol station hasn’t been open for a long time and now the local Aboriginal Community has a self-serve pump behind the hotel.

Next stop on the track was Glendambo, just 40 km or so away. 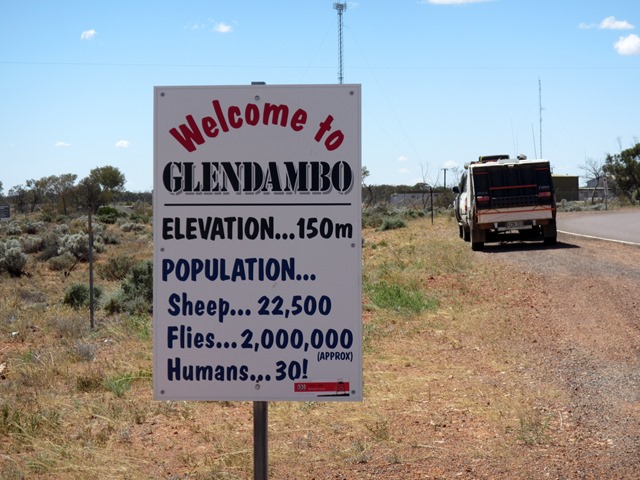 Robyn spent time talking to one of the locals, a very large hairy Nosed Wombat……

watched closely by the local Hawks. 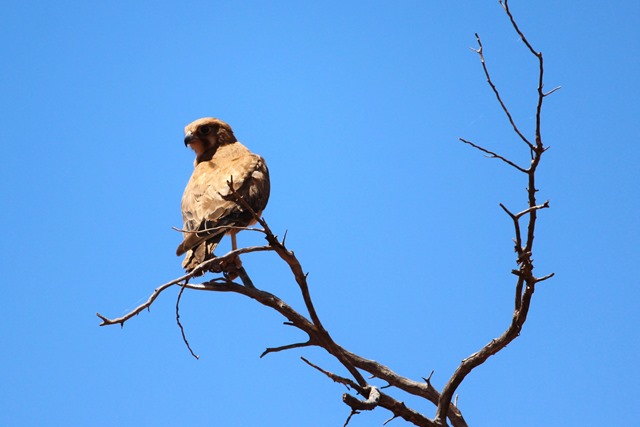 We continued the trip along a few hundred kilometres of bone jarring corrugated tracks to get to the Gawler Ranges where we explored the rock formations in the valleys.

A great trip to some hard to access country and well worth the effort.