It’s winter outside with today’s maximum temperature forecast to be 18 °C (64° F). I  really would like to stay in my warm bed, but Steve has organised a morning paddle with Helen and I was invited, so out into the cold I go. Of course it’s not really cold by some paddlers standards; there’s no ice to crack, no need for a drysuit although it did necessitate a beanie and paddling jacket.

We only had a couple of hours so it was local waters for us. Glenelg is one of the closest beaches to the city of Adelaide and has developed into a shopping and entertainment centre as well as having a pretty nice beach, although quite crowded in summer.

.. but that was before the storms of  the mid 1950’s. Now it’s just the remains of the breakwater in 10 metres of water which guard the new jetty.

We launched nearby  and headed along the coast to Glenelg beach proper to explore the old breakwater. In summertime I often pull up here and jump in for a snorkel amongst the concrete remains that are home to many fish species, but there’s was no way that was happening today.

Launching from the West Beach Marina

The urban sprawl of Glenelg ahead of us

But there is always beauty to be found, even in the Urban Landscape.

Looking along the Glenelg Blocks

Yep you guessed it. A couple of New Zealand “backpackers” had decided to set up home right in the middle of this prestigious area. New Zealand Long Nosed Fur Seals, like other New Zealanders are common in our waters.

Now that is definitely a face only a mother could love.

Helen decided to get a few mug shots in case Australian Border Protection wanted to check their entry permits.

We hung around for a while watching the Pied Cormorants doing a little fishing, until the smell of “fish breath” got too much. 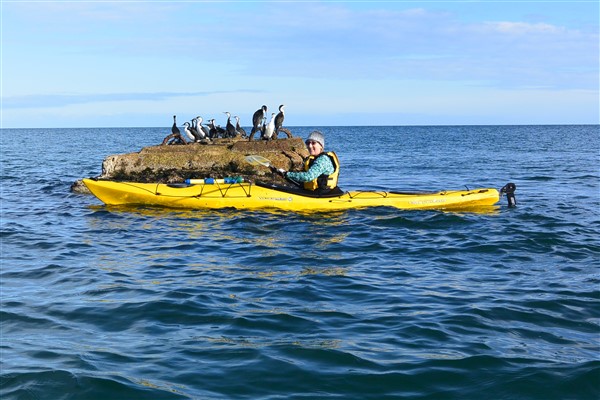 We watched the Army /Airforce conducting maneuvers with Black Hawks and other helicopters overhead. 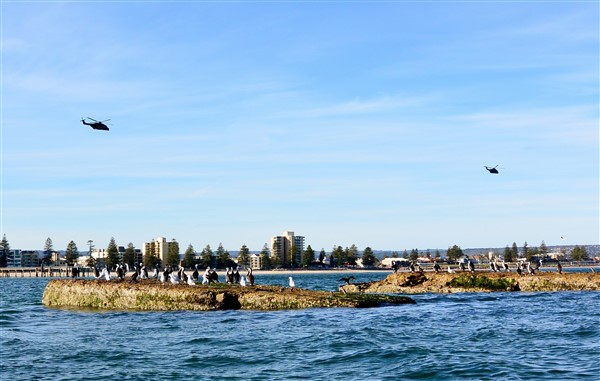 This area has changed dramatically over the years with the growth of hi-rise apartments and hotels on what was once sand dunes. Luckily they are mainly confined to this one area so most of the coastline south of here is still “Blot Free”. 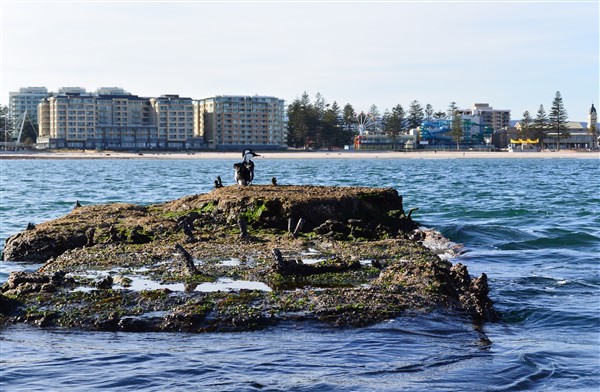 A school of fish bubbled to the surface creating havoc with Seals, Cormorants and Seagulls diving for a feed.

The thought of a feed sent us scurrying homeward. Urban Paddling is a great way to spend a couple of hours of water time and the Glenelg Breakwater is certainly worth a visit no matter what the weather.