We had decided to explore Memory Cove, in the Pt. Lincoln National Park for a few days.  The park, which is one of my favourite parts of South Australia, starts a few kilometres from Pt. Lincoln, is over 70 sq. km in size and includes a number of islands that I have visited by kayak in the past.

The park boasts some spectacular coastal scenery, and features the vast Sleaford-Wanna sand dune system, as well as the offshore islands.  Access to the cove is via a 15km 4WD track and only 5 vehicles are allowed camping access at any one time.

Matt decided to drive the track fearing that I might get us bogged again in sand dunes, however the drive is more rocky than sandy.

We set up camp just metres from the beach and launched the kayaks.

After being greeted by the local sea lions we explored the coastline.

and found some sea caves to poke around in.

Everywhere is luscious underwater growth with large abalone growing on the rock walls. 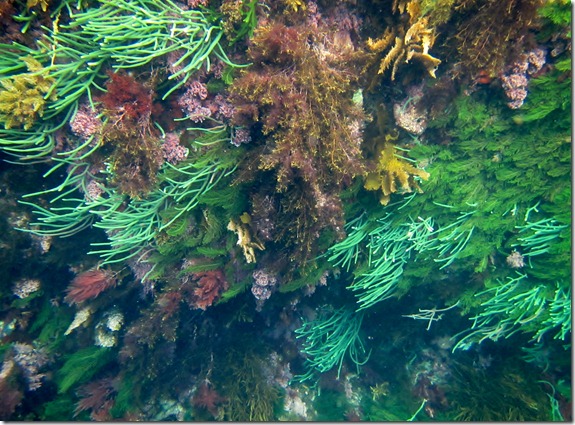 The warm evening was enjoyed along with a few cold beers.

The next day an approaching storm kept our exploration landlocked.

We travelled a sandy 4WD track that hadn’t been used for some time…….

and we found out why.

Matt and Kathrin did some rock climbing and explored a deserted beach. If you look closely you will see them on the beach. 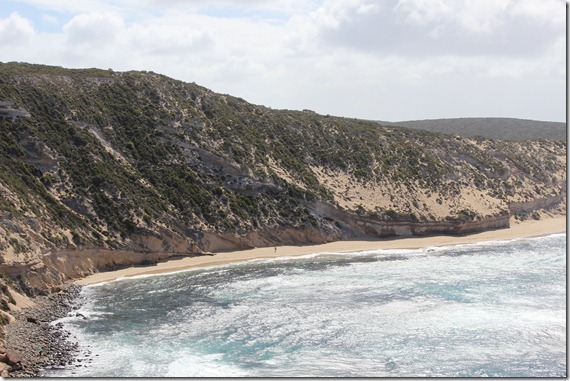 Back at camp that night, while enjoying dinner and a red wine, Matt found a couple of unwelcome visitors heading for his tent. He quickly despatched the Scorpions back to the bush on the end of a shovel.

One thought on “Sea caves and scorpions”