It was just before dawn when I heard the central heating start up. Hmm…must be a cold morning. A quick check and I found the outside temperature was 5 degrees C. I saw the phone blinking at me with a “Surf Alert”, announcing clean conditions on the mid-coast this morning. The Winter Solstice is a couple of days away and this may be our last chance to get in a  “Solstice Paddle” so out of bed and on with the kayak.

We arrived at the beach in superb calm conditions and a small but diminishing swell, however, we never miss an opportunity to paddle with friends to celebrate the Solstice and the promise of better weather. 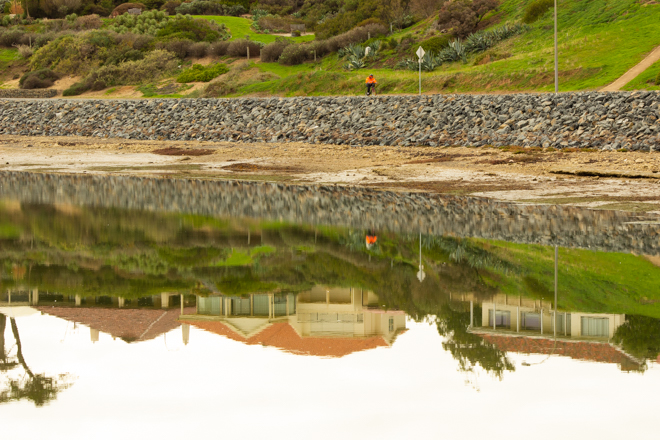 The estuary mouth reflects the houses on the cliff 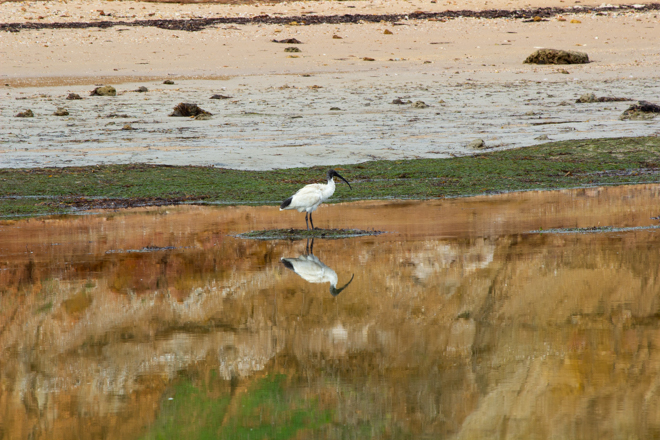 Ibis mirrored in the water looks like a painting

Of course we were not the only ones looking forward to the warmer weather to come. A pack of friendly dogs were on the beach chasing balls, running in circles, sniffing bums and rolling in something that smelt like dead fish. 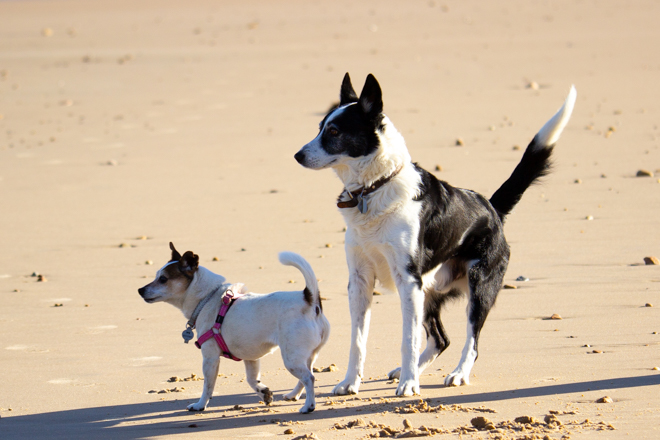 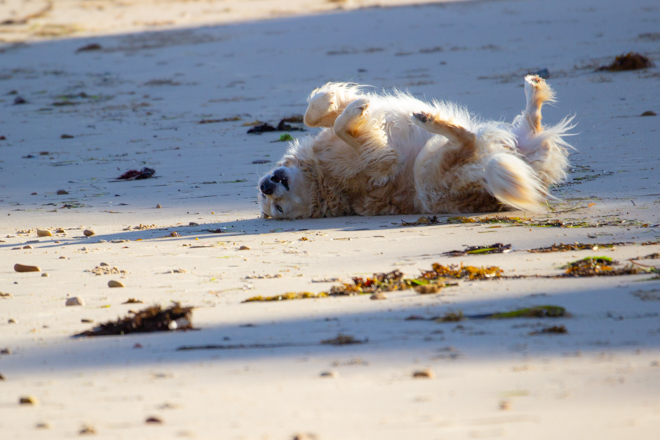 No better way to celebrate than to catch a wave with a fellow paddler. 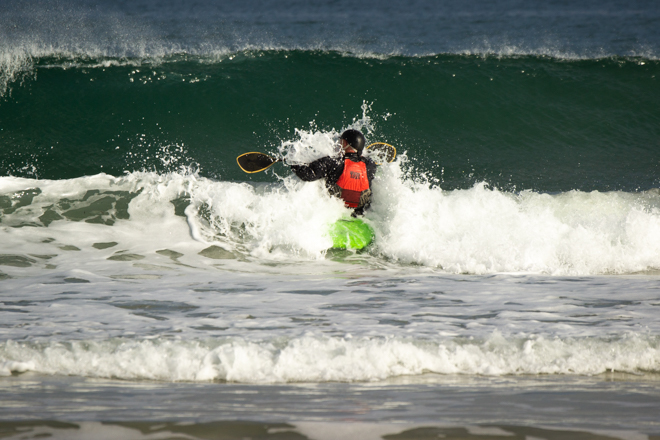 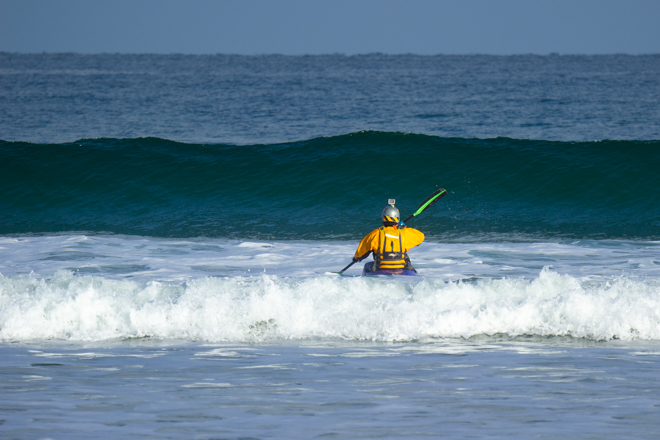 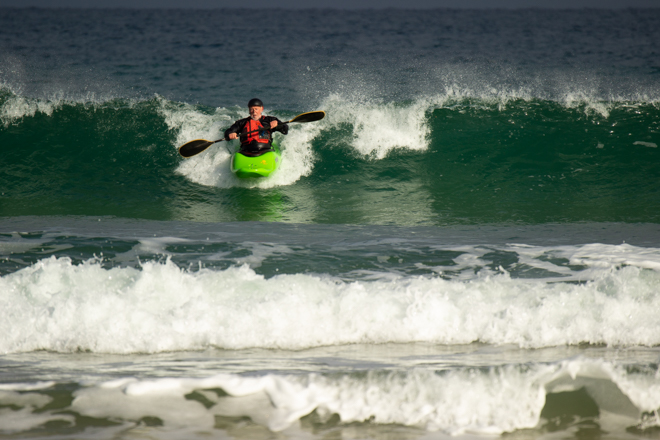 Ian gets a few clean rides 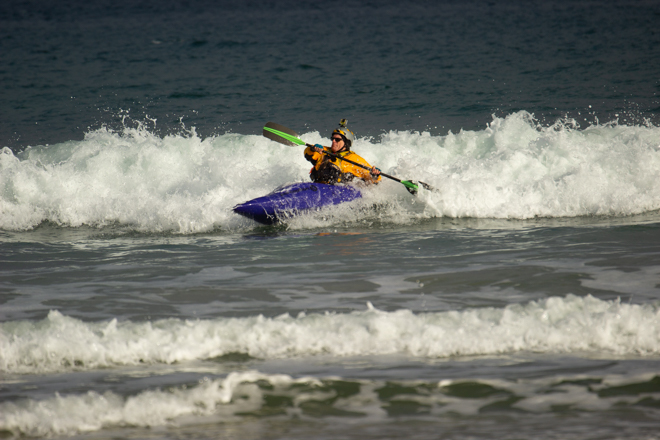 As the tide changed the waves became more dumping and we found ourselves buried in freezing water. 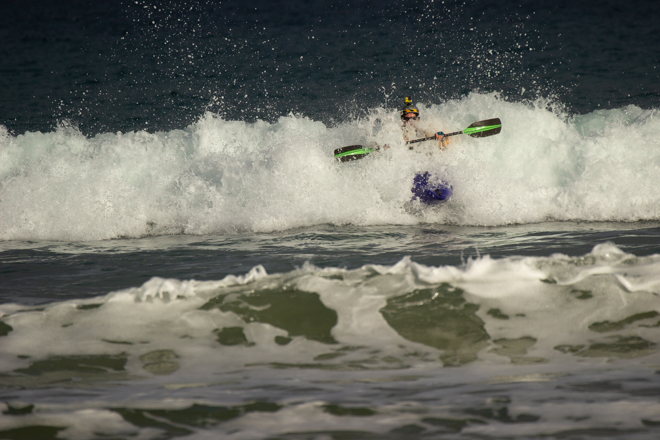 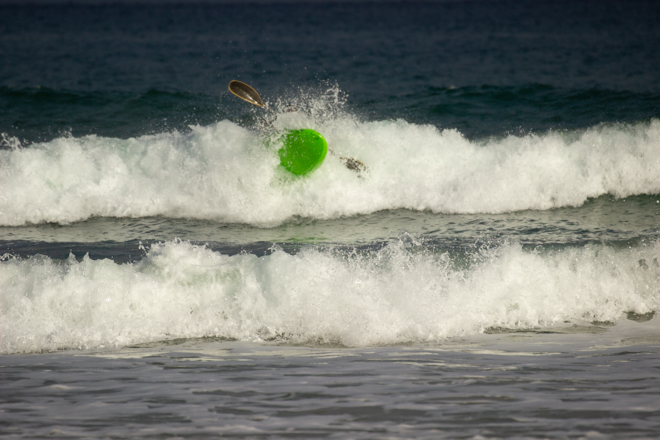 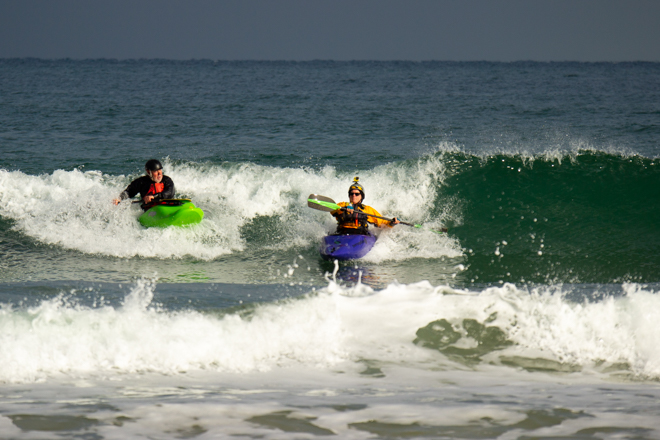 Playing on the same wave 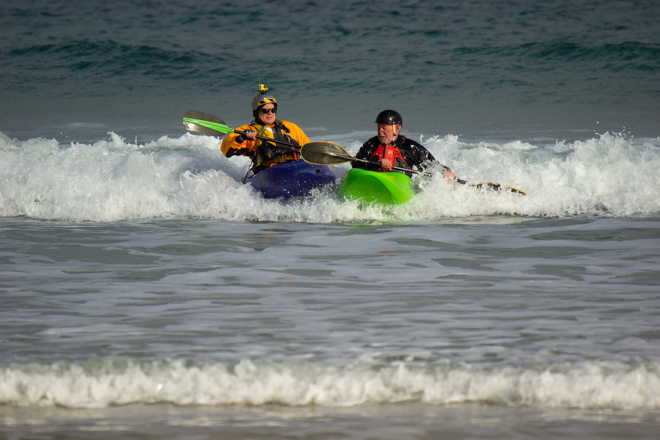 Having a quick game of tag

When Steve was not looking, Ian seized an opportunity, and surfed up on to his back deck.
Well maybe kayaks can sniff bums too.

Now where did he go ?

My hands were frozen and my ears stinging from the cold but it was still a great paddle with a Steve King (of England). Looking forward to the better weather and less thermal layers.