Stay CALM. The winter weather pattern is starting to set in. When you talk about Winter in South Australia you automatically imagine SW swells battering the coastline, driving by high winds.

I remember the calmer moments of winter mornings. The stillness as the fog slowly lifts; the clear crisp mornings on the beach and especially the calm winds of early morning. 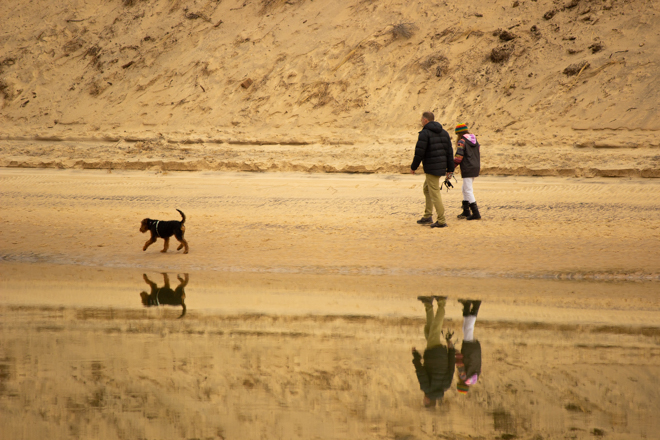 Reflections in the still waters of the Onkaparinga River mouth

The bridge to the beach

Sure we have lots of mornings of driving rain and un-paddleable seas but they pass over bringing back the CALM. The  bonus is that certain beaches that are normally “wave poor”, pick up a nice set on the lower tide. Such is the “Trough” surf break. I remember in my youth that it was a dirt road along the top of the cliffs that led to the beach, known as the “Trough” due to a sheep water trough on the farmers property. Now it’s in the middle of suburbia and a place of dog walkers, surf boats and the occasional kayak surfer.

Out for a morning trott along the beach 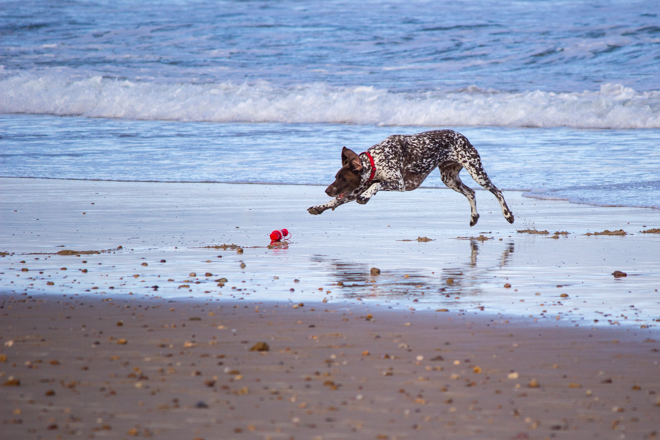 Today was a low tide with light northerly wind, winter morning and three intrepid paddlers set forth for a little calm winter play.

Robyn shouted a final instruction. “You guys play nice now…Ian B may not be used to your antics.” 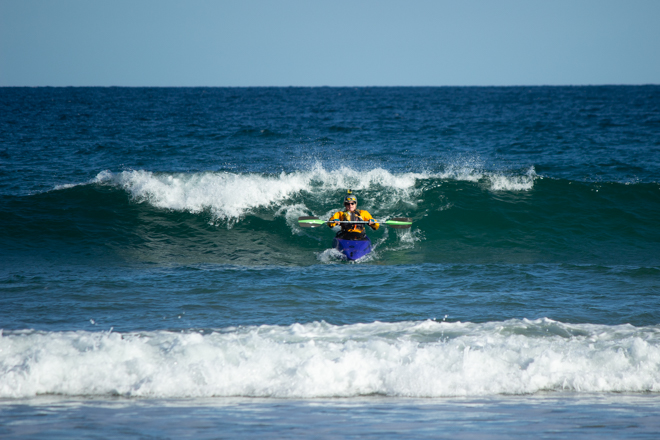 Steve follows up with a similar size wave 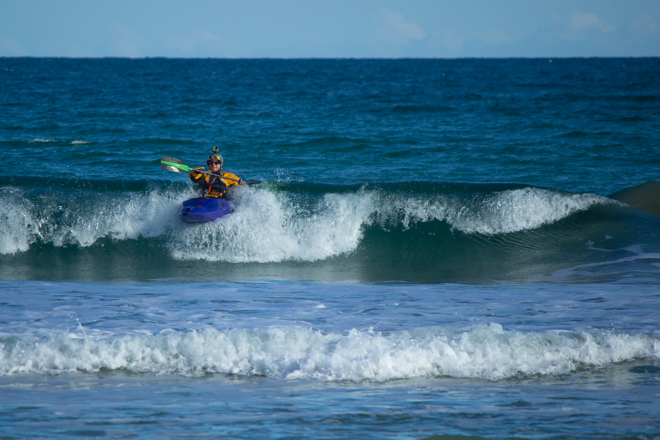 Ian B follows with a nice ride

There are a few hazards when on a wave……

A surf boat barrells through to the shore

The main hazard for Ian B was Ian and Steve who love playing games.

Look out for that rogue wave Ian. 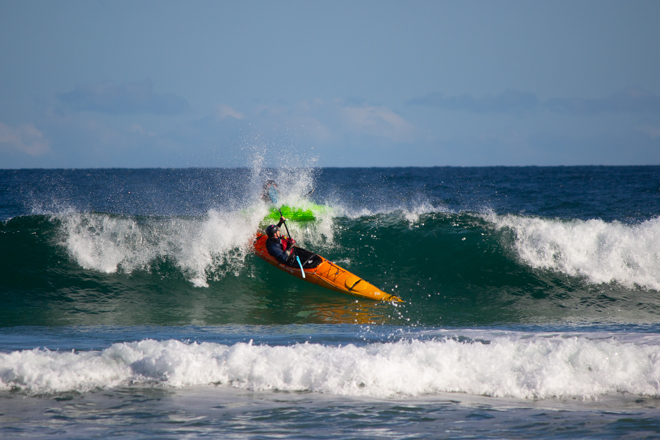 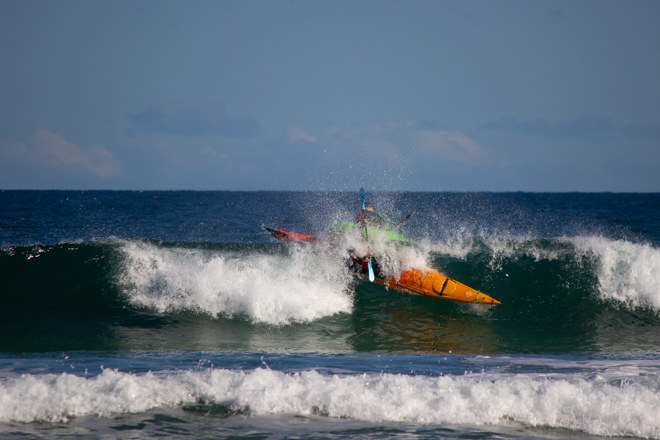 Over the falls he goes. 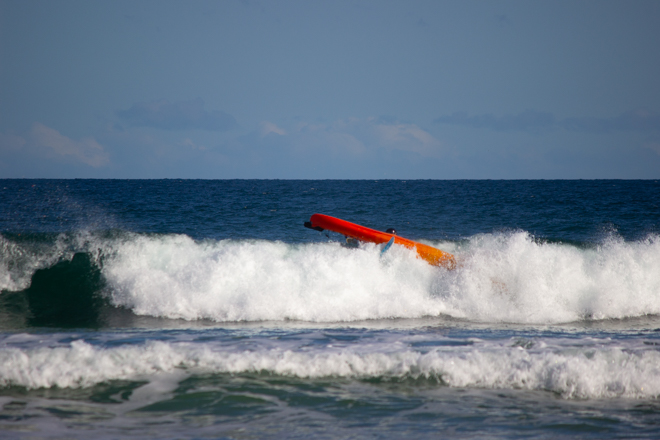 “We didn’t do it on purpose Robyn. It was an accident ” Steve said, smiling.

Another great morning on the water.

Robyn and I have been wandering the west coast of South Australia enjoying the last of the autumn weather with some paddling and Fatbiking.(Our Fatbiking photos are here )  and return to Adelaide for some winter paddling.

Hope you enjoyed the photos.